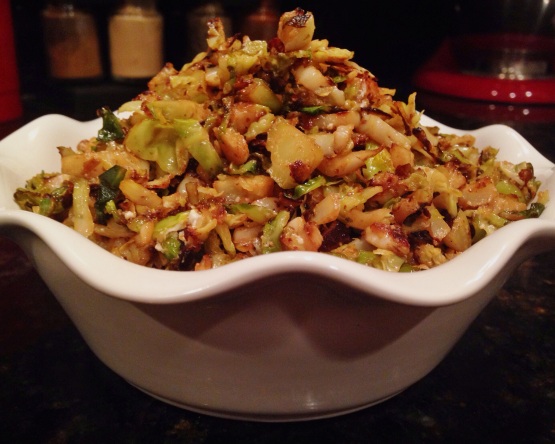 About five years ago I ate my first brussels sprouts as an adult. My father didn’t like them (see next paragraph) so if I ever ate them, it would have been sparingly. So five years ago I’m in one of my favorite restaurants and the short-ribs just spoke to me – they came with brussels sprouts. I sheepishly asked the waitress to substitute them for something else because I was an ignorant, know-nothing brussels sprouts fear-monger. But she insisted I would love them, I trusted her, and my life has never been the same. I eat brussels sprouts every week. Sometimes more often. This is a basic recipe that will make your mouth water.

If you don’t like brussels sprouts, you haven’t had them cooked right. Exhibit A – my father. I often cook when I go home to see my parents and my father was seriously ticked when I told him I was making them. He “allegedly” hates brussels sprouts. Fast forward an hour and he was raving about my pizza and brussels sprouts. So much so that when he came to visit recently I received no complaints about my proposal to make them again. The lesson is; if you’re an alleged brussels sprouts hater, give this recipe a shot!

Step 1. Wash and trim brussels sprouts. Slice in half length-wise and then cut widthwise into ribbons. 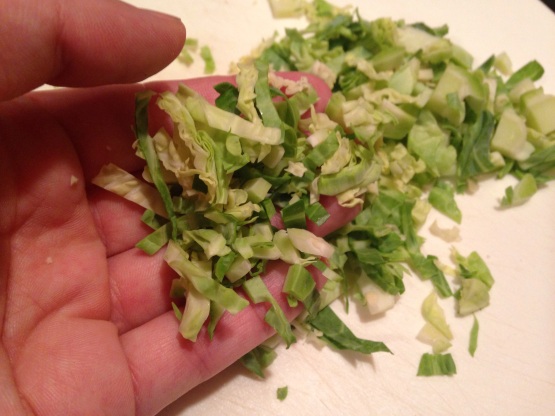 Step 2. Toss the ribbons, olive oil, and spices in a bowl.

Step 3. Heat an oven safe skillet on medium-low heat. Add the hash and cook for 5 minutes. Increase heat to medium-high and cook until the hash is tender, about five minutes. It may also start to crispen up but that’s a good thing.

Step 4. Add maple syrup. Turn the broiler onto high heat. Cook for 2-3 minutes, until the hash is truly crispy.

This recipe is so delicious. I can’t say much more than that. Now go forth and cook! 🙂